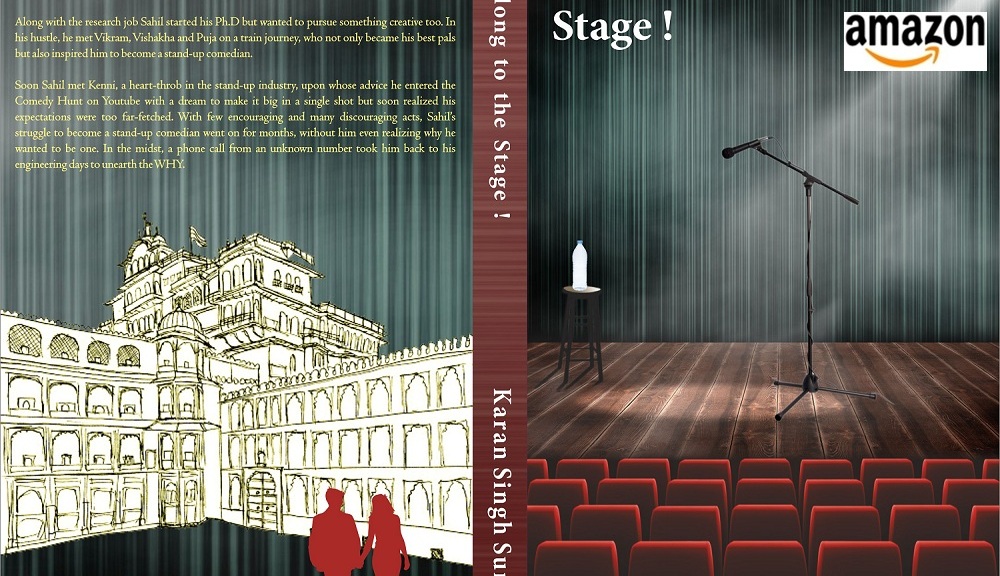 After some persuasion from Natasha, Sahil agreed to reboot their relationship but with boundaries, as the families approval clause prevailed. The spark in the relationship was ignited upon Sahil’s visit to Pune but it was rather short-lived. After another two years, Natasha’s paranoia of ‘father won’t agree’ started again and collapsed eventually with a final family meeting.

Along with the research job Sahil started his Ph.D but wanted to pursue something creative too. In his hustle, he met Vikram, Vishakha and Puja on a train journey, who not only became his best pals but also inspired him to become a stand-up comedian.

Soon Sahil met Kenni, a heart-throb in the stand-up industry, upon whose advice he entered the Comedy Hunt on Youtube with a dream to make it big in a single shot but soon realized his expectations were too far-fetched. With few encouraging and many discouraging acts, Sahil’s struggle to become a stand-up comedian went on for months, without him even realizing why he wanted to be one. In the midst, a phone call from an unknown number took him back to his engineering days to unearth the WHY.

‘I belong to the stage!’ has much more to offer than the title can justify. Get answers of some trivial questions in life which one struggles with every day.

Few more reviews were deleted by Amazon, as they were not able to handle so much of ‘positivity’.

This site uses Akismet to reduce spam. Learn how your comment data is processed.