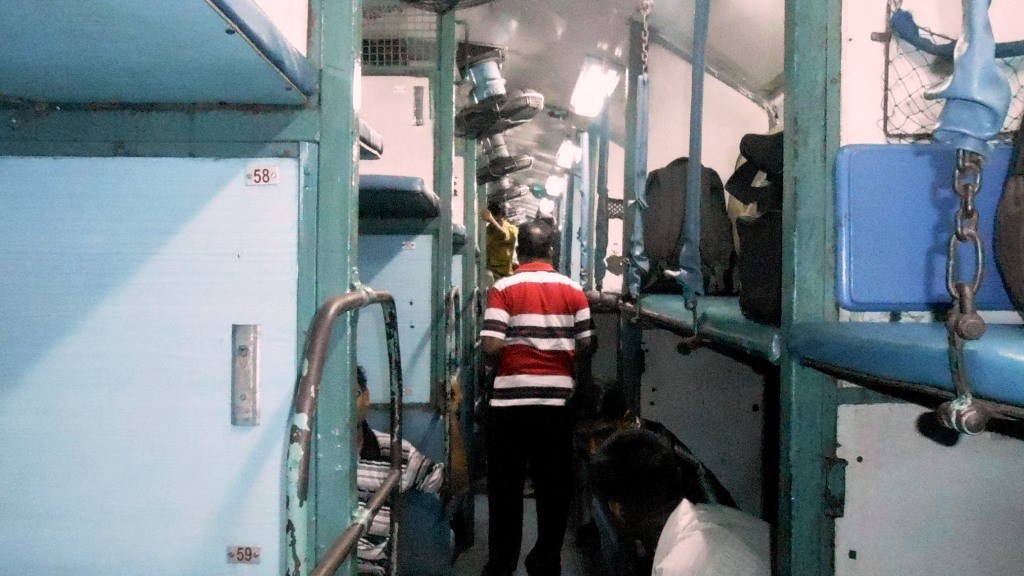 After a bit of hustle, I reached the railway station on time with minutes spare to buy a bottle of non-black cold drink. I spotted my coach and headed straight to my side upper seat. Since the journey was yet to start people were moving around to keep their belongings in place and so was the family in the opposite berth. Two middle-aged men were seated on the side lower berth, so placed my bag on the upper seat and casually sat on the diagonally opposite berth. I was plugged in listening to ‘Thunder’.

Couple of seconds later, a teenage girl from the family who was sporting a round neck tee and pajama sat down folding her legs for adjusting the bags underneath the seat while having some conversation with someone who seemed to be her brother.

Let’s name the man sitting on the side lower berth Mr. ASS. So Mr. ASS was sitting with his one leg folded on the seat and another leg twisted under the seat. As he saw the girl bending down to sit, he tried to touch her bums with his toe. However, he failed! With my hands held tight, I kept my eyes locked at him. I did want to act right then and there but kept my calm thinking it could have been a coincidence.

Soon after adjusting the bag, the girl got up but not completely. Mr. ASS then moved his hand forward casually while looking around the compartment. His misfortune, he saw me staring! His hand stopped couple of millimeters before reaching the target. He hoped it was just a coincidence that our eyes met, so he looked away for a second before confirming my glancing angle. Instantly he pulled back his hand but my eyes were still hooked on him. My anger was building up and I was just moments away from smashing his face, although in imagination I already did. A fellow passenger walked by and he sunk back into his seat completely.

In the next couple of seconds, he had a small conversation with the person sitting next to him and they both rushed out of the coach.

I had never encountered such a person before and a sort of panic reaction was going on inside me. Fortunately, the girl was and still is completely unaware of this scenario.

But I wonder, why wasn’t the man accompanying her not careful?

I wonder, how men gather such strength to even think of committing such acts … and so many unanswered questions …

I wonder a lot of things … but encountering this scenario was not even close in my wonderment.

I could barely sleep that night.

4 thoughts on “The Train Incident”

This site uses Akismet to reduce spam. Learn how your comment data is processed.